The battle described by Nick below, was interesting as an example of asymmetric victory conditions. We rarely these days fight the straight encounter battle, that can be thought of as the typical wargame and this one was a rearguard action by a Carthaginian force trying to defeat or delay the Advance Guard of Pyrrhos. The Pyrrhic army had the sole objective of breaking through the Carthaginians and exitting the table; their real interest being the retreating main Punic army beyond. The Pyrrhic army only drew 21 morale chips at the start of the game so had the potential to be quite brittle, if they suffered any early reverses. They did get a Brilliant Leader card and a Strategem card for addtional reinforcements though. 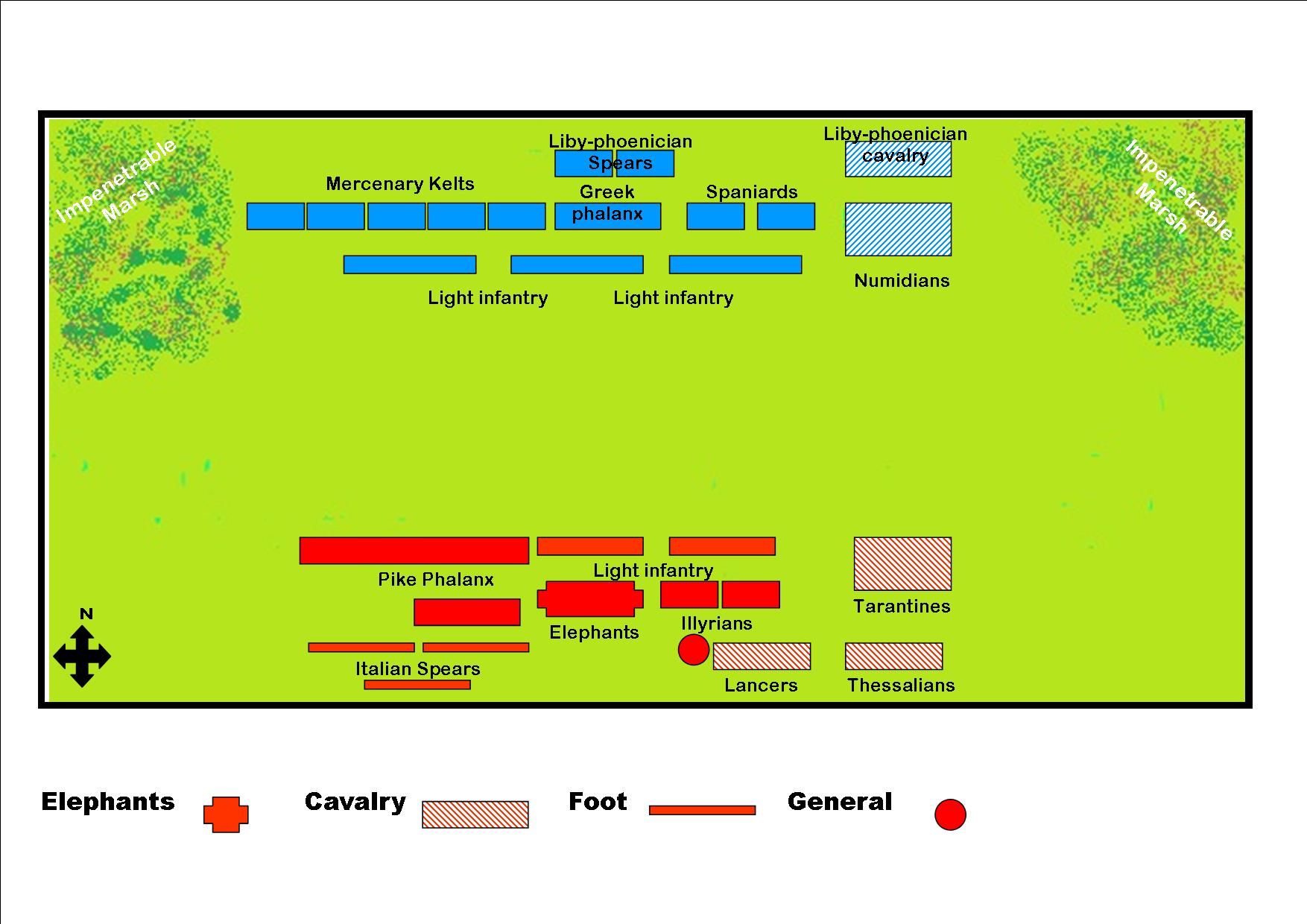 The points of interest in this game to me were:

1. A plan that actually executed as intended. The idea was to punch a hole with the phalanx and then seal off the enemy battleline with the second line of pikemen, leaving a corridor for the bulk of the Pyrrhic army to funnel through. The success of the plan was greatly helped by the failure of the morale of the Keltic mercenaries. This rang true, as they had been flung forward out of their defensive position between the impenetrable marshes, right into the teeth of the advancing Pyrrhic phalanx. Only one Kelt warband stayed to fight the pikemen and that didn't go well for the brave lads. The pikes then just had to keep pressing forwards, brushing aside skirmishers and preventing any Kelts from rallying (the General of the skirmishers died valiantly trying to reform his Moorish light infantry.)

After that the second, shorter line of phalanx laboriously wheeled 90 degrees to seal off the hole in the Carthaginian line and then assisted the elephants in breaking the Greek hoplite phalanx. Reverses for Pyrrhos on other parts of the battlefield were irrelevant as they could not prevent the main objective and were too limited to threaten the Pyrrhic force. 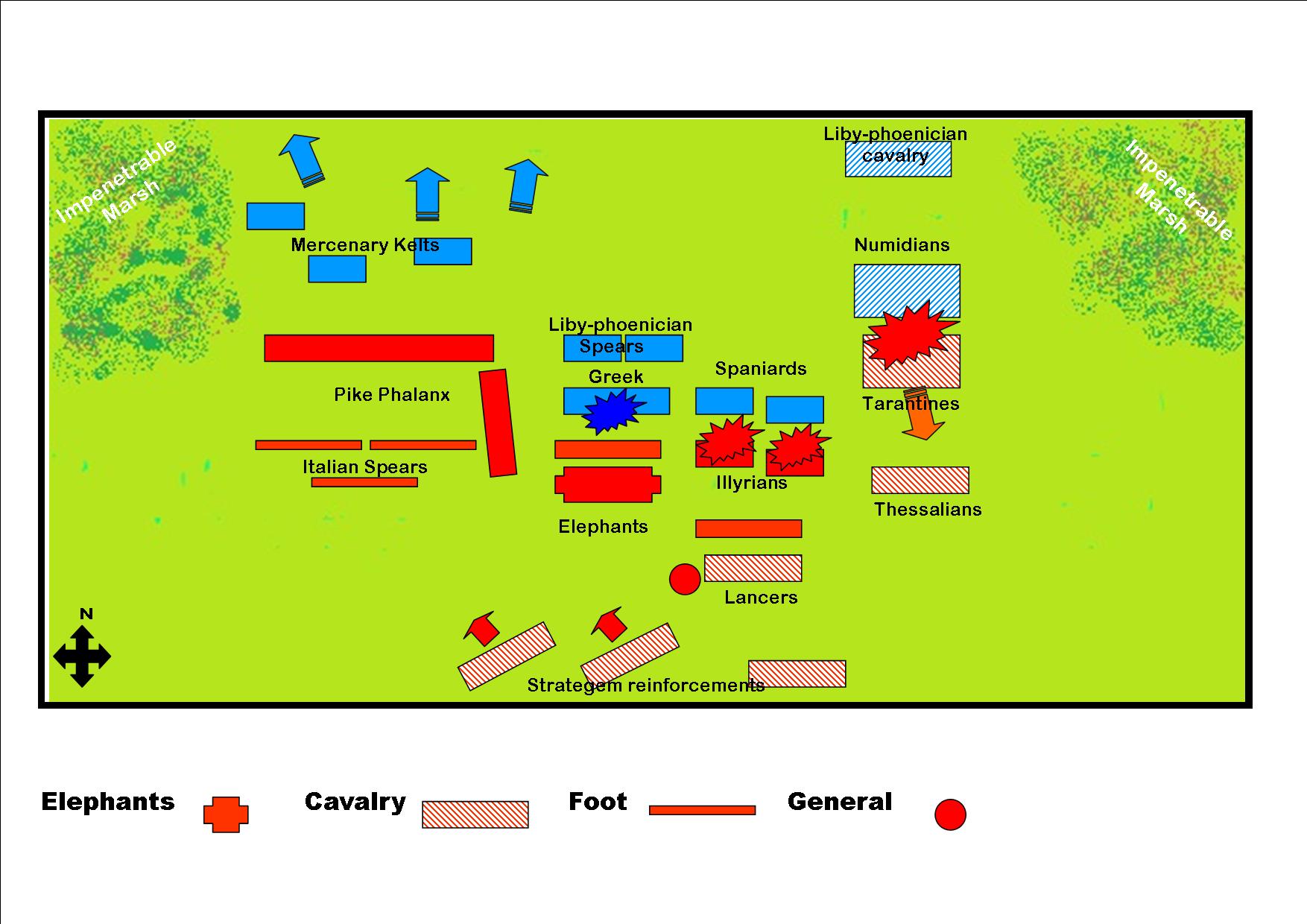 2. A re-enactment of an episode in one of our earliest games of Piquet, where a player (who shall not be named*) used their spare cards in place of their deck proper. Only spotted after around the third morale check card had been drawn. This time eyebrows were raised on the Pyrrhic side of the table when a second Brilliant Leader card was drawn (a very powerful wildcard) and then the error was spotted by the GM. Luckily it didn't affect the way the game panned out on this occasion but we will be reminding the player about it for some time.

3. One of the most successful uses of elephants I have seen on a wargames table. The single unit  combined their intimidation and harrassing archery to great effect.