The direct evidence for the appearance of Greco-Bactrian foot soldiers is a bit slim on the ground. Some plaques and jewellery accumulated in later tombs seem to show spearmen in Hellenistic style armour with round shields:

To me these seem to have muscle cuirasses with pteurges and carry concave shields. The helmets are perhaps a derivation of the boeotian style but with cheek guards. The concave shield or pelta would suggest Macedonian Successor pikemen but the spears are obviously much shorter than any sarissa. This could be due to limitations of space on these buckles(?) or because these soldiers were guards similar to Hypaspists armed with shorter spears for sentry or light duties.

The latter interpretation is my favourite and allowed me to use some of the figures from the Victrix Theban Hoplites box. (The one that I bought cheaply and kickstarted this project.) Of the 4 body variants on each sprue, one is wearing a muscle cuirass, the other 3 in linothorax, fabric armour. This means I had 12 in the right sort of armour to be these guard soldiers. There are also sets of arms with cloaks draped over them which would do for the cloaks of the representation above. It is difficult to make out if they have trousers or just knee high boots on but the Victrix figures have greaves (leg armour) so this becomes a moot point.

I have some concave shields that will do instead of the hoplite aspis but I did want the unit to have some additional eastern "flavour".  The idea I had was to give some of these figures Persian style soft headgear (very practical in hot,deserty places!) Some of the heads from the Wargames Factory Persian cavalry box looked like being just the thing. 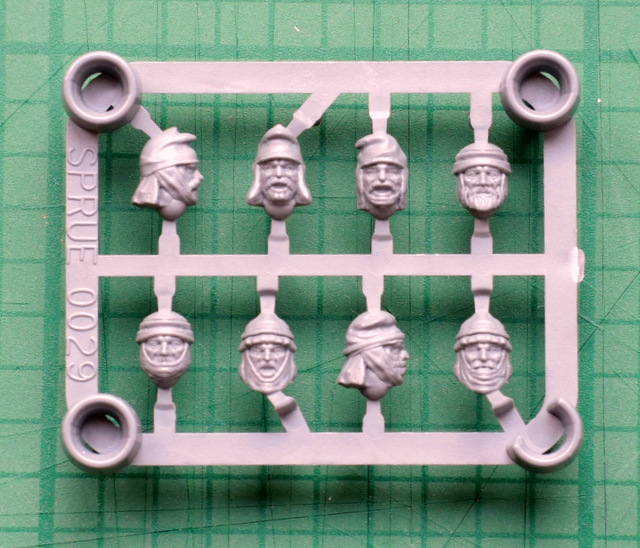 (The third ones from the left, top and bottom.)

As I still wanted the guard unit to be well equipped, I decided to try to give the soft-hatted figures helmets hanging on their backs or tucked under their arms. This took some sawing and carving to remove the face from the helmet but the plastic is nice and soft and cuts very easily. 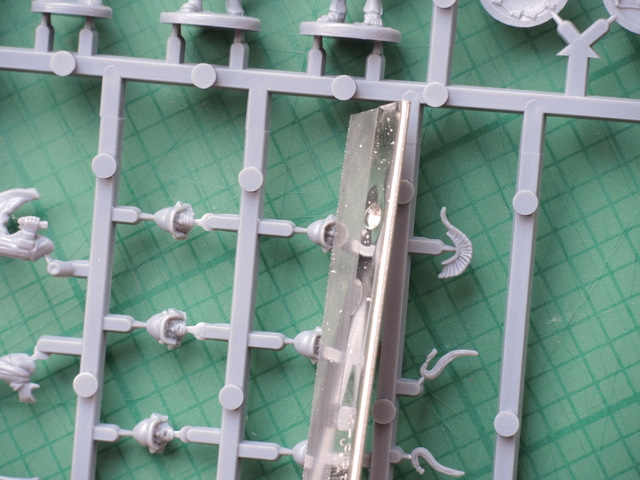 Hanging from chin-straps looked just about feasible and was easier to do than fiddling about with an arm to have a helmet held under it. I did two of the former and one of the latter. 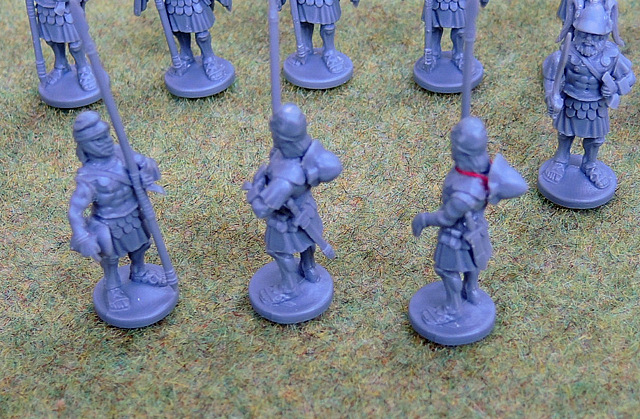 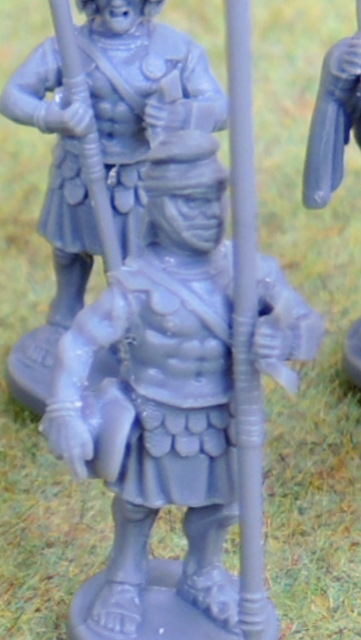 (Officer with triple-plumed helm, below) 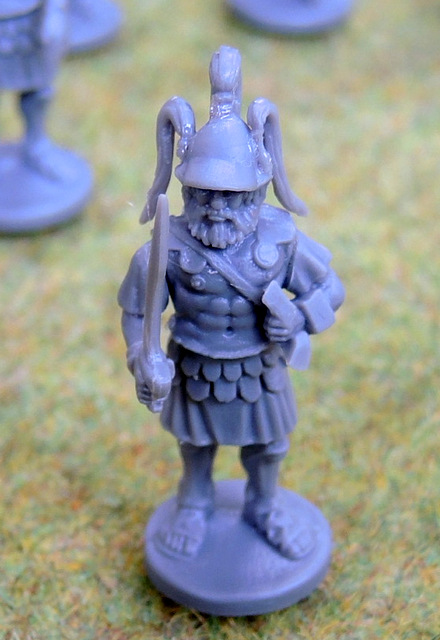 These figures have very nice details and proportions, if I didn't already have hundreds of metal hoplite figures I would consider these ones. They go together with only the occasional trimming required to get joints to look right. Mould lines shave off very easily with a sharp knife. Even so assembling just these twelve figures took hours! Whatever the apologists may claim cleaning up metal figures is a much swifter process. When it comes to conversions however, plastic multipart figures make life much easier. 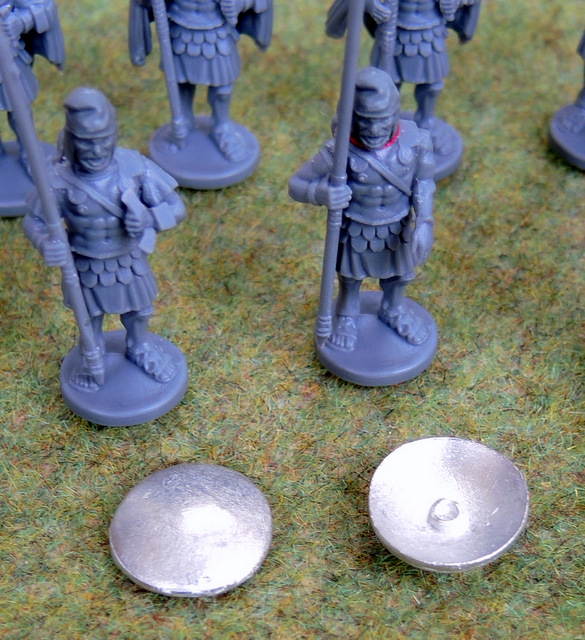 These can now go in the queue to be undercoated and await a coat of paint. I'm not sure what symbols to put on their shields yet but I will have a peruse of my transfers for inspiration.

They are Hypaspist type infantry, so only 3 to a base. I do reserve the right to tack them onto the phalanx if I need to though.