Interesting game at the weekend on a number of fronts. We ran a test scenario, using Piquet,  for the main part of the Battle of the Hydaspes (Alexander the Great vs. Indians.) This was in preparation for the Society of Ancients Battle Day in March (I know, that is really organised for us - Kysoscephelae we did on 2 weeks notice!)  For once the battle ran pretty much picture perfect in accordance with history. The predominantly elite Macedonians scthed their way through the hapless Indians and the two light units that were broken by Indian elephants were taken as major victories by us Indian generals!

A minor  invasion by wasps was not enough to cause us to abandon play (or our pints) so the victory was entirely conclusive. 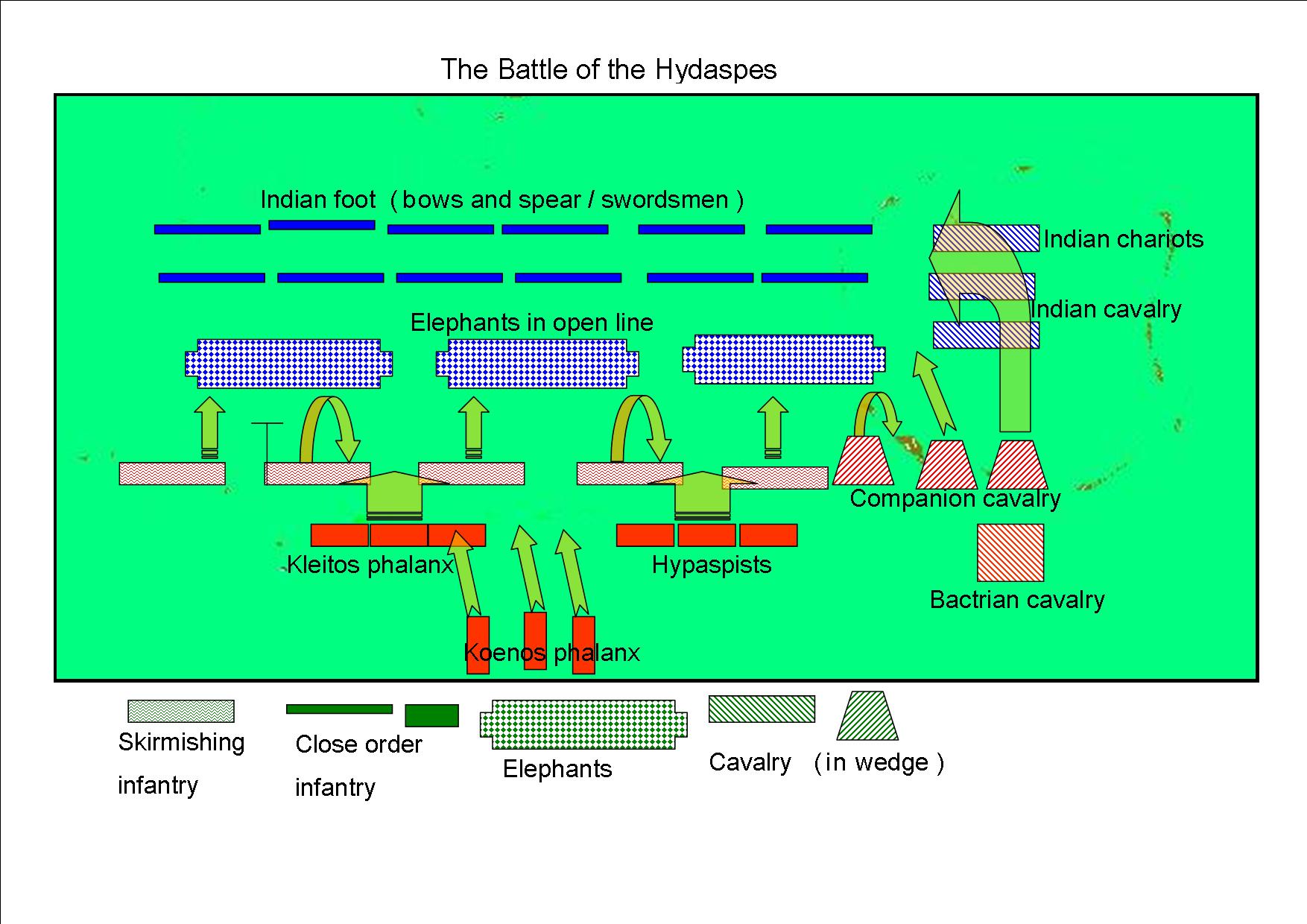 When the dust had settled and the toy soldiers were safely packed away, we were able to discuss the ramifications of our successful(?) test game (over a very nice dinner - thanks Rose!) The stated aim of the SOA Battle Day is to see how battles from history are dealt with by as many sets of wargames rules as possible. It is always fascinating to see how many games go with the historical outcome and how many are reversal. Often a surprising ratio. A "close run thing" you would always expect to be a split decision but often the loser from history is  successful in more cut and dried battles. Hydaspes looks like a good contender for a close battle but when quality is compared the disparity looks much greater. Piquet sets much more store by troop quality than armament, so all those chopping swords and longbow weilding Indian foot flatter to deceive.

We set up the game with the Indian foot all out of command and their general (Poros' son) dead. This handicap was largely irrelevant as it turned out;  the Indian commanders had no interest in getting their infantry to tangle in melee with the terrifying Macedonian phalanx (however outnumbered.) Our preference was to leave the fighting to the elephants who could at least cause problems to the enemy (in theory) by casing morale checks. Although this got some of the Macedonian light infantry fleeing, the Hypaspists and elite pikemen were still too much for the elephants to take on head to head. It was very amusing though to see the over-acheiving Companion cavalry charge the elephants and then spend time reversing away when the discovered their horses would not engage with elephants frontally! 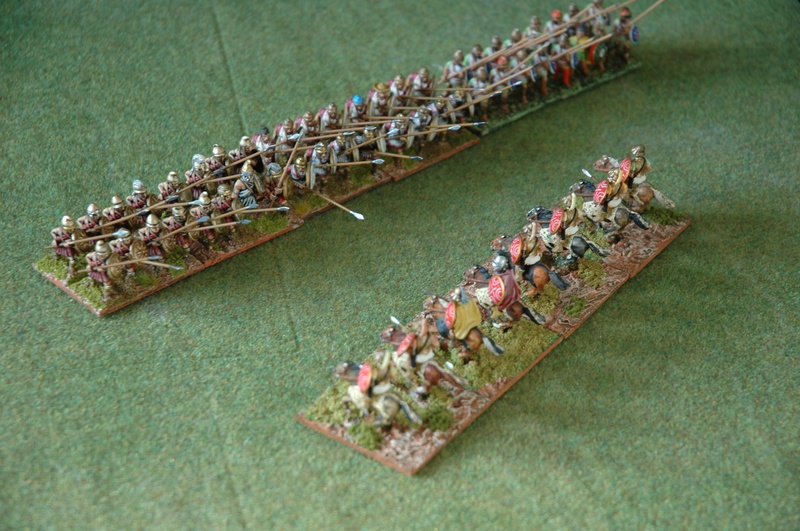 Where do we go from here? The consensus was that with a few tweaks and even more aggressive use of the Indian elephants the battle could still present a challenge to both sides. The players representing Poros might not expect to win but could perhaps do better than his historical counterpart. The alternative is to reconsider the game setup  fighting perhaps the initial encounter with the Indian chariot corps or looking wider still and playing the river crossing as a mini-campaign. Unusually (for us) we still have time to change our plans before the day itself.