As an interesting aside, I only just last week read the foreword for the reprint or the seminal "Armies of the Macedonian and Punic Wars". This invaluable tome was published by Wargames Research Group back in 1982 and has been a main source for wargames figures producers ever since. Getting a little long in the tooth after 35 years, the new foreword added has been used by the author, Duncan Head, as an opportunity to provide some updates based on more recent evidence

You can read it on line on Google Books.

One of these updates is the diagram that I was only just moaning about in relation to my Bactrian Greek project. CLICK here if you really want to read it again...

The bare headed Graeco-Persian cavalryman illustrated has now been shown to be taken from a bowl of a much later period. (He might be a Chionite Hun, whatever one of those is.)  Vindication! Although this does now leave us with very little in the way of clues as to what this cavalry looked like. There are some coins with lancers shown on them but these are mostly both vague and supposedly portray the mythological Dioscuri, so their relevance to real warriors may be incidental.

So where does this leave wargamers? Well, as is often the case, taking what evidence is available from neighbours both geographical and historical to get a best guess that works for our purposes. Bow and spear armed cavalry were the norm during the Achaemenid period for Bactria. This, added to the coin of a late Indo Greek king showing his bodygueard cavalry similarly armed, gives me confidence that this is a reasonable weapon set. 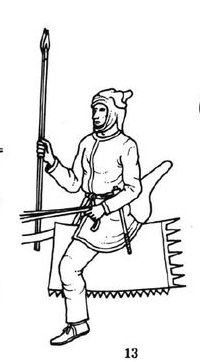 Archaeological finds that might be remnants of horse armour give weight to the idea that Bactrian Greek cavalry copied the neighbouring Saka, Parthians and Selucids in having heavily armoured or cataphract cavalry. The archaeology is from late in the Bactrian Greek period so may not have been used for long or by many of their horsemen. An arguable possibility though. I am not feeling like I have to change my plans for my cavalry units. Where I have used figures of the bare-headed now-Huns(?), I have swapped the heads for something more Hellenistic.They are mixed in with other figures or used on command stands. 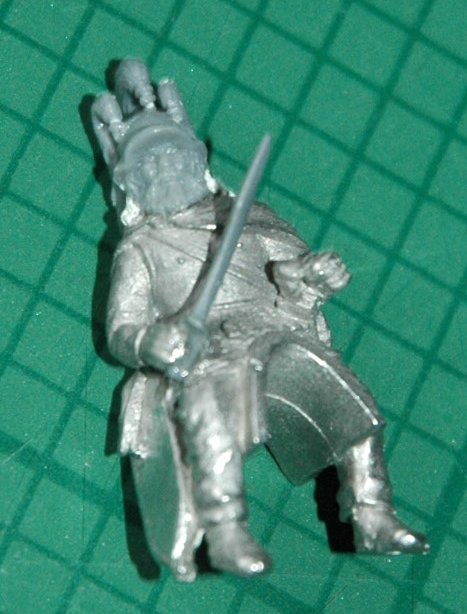 The bulk of my cavalry figures will remain the 1st Corps figures, which do tread the path between Persian and Greek styles. A little too close to the Persian for my liking but this is balanced by my other units from Essex Miniatures and converted plastics. I will have to ponder if I want to add a unit of heavily armoured cataphracts (or borrow them from the Selucids when required.) Maybe I will just give some generals armoured horses.